The Baseball Bandits story starts Stick Bandits, our hockey product company. Sticks Bandits has a storied past that dates back way over 60 years in time with the love of the game of Ice Hockey! Ron Real the father and Grandfather of the current Owner and CEO of Stick Bandits was a Hockey Player himself, a Hockey Entrepreneur, a business owner and a Father of 7 children who all grew up watching their Dad Play and love the sport of Hockey. Ron’s involvement in the sport has a memorable history of its own that leads us to where we are today with the company now called Stick Bandits. Below are some details that help date some of those historical events that have lead us to what our wonderful company is today! We thought we would share this story with our customers to show the passion we have for our all our products and the reason we care so much for this company we have built today. 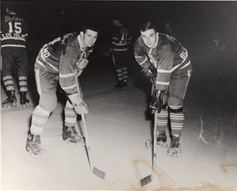 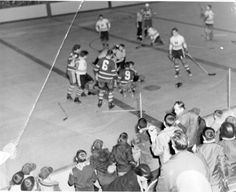 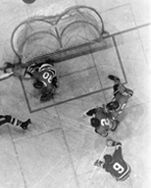 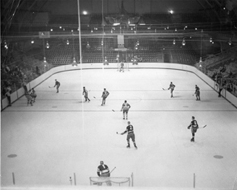 In the Early 1960’s Ron Real played professional Roller Hockey for The Chicago Titans. He was not only a player but also a player coach. This is where his love for the game of hockey evolved! 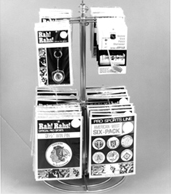 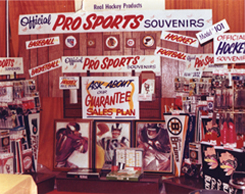 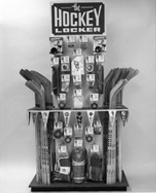 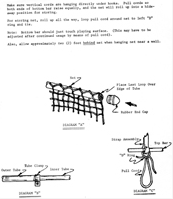 In the late 1960’s after his Roller Hockey Career was over Ron opened a Hockey Pro Shop called The Hockey Locker. The Company he started was called Real Hockey Products. Ron used his marketing skills to create Sports Souvenirs called Rah Rahs which were a Sports Souvenirs for Professional Hockey Teams. Back in the day these souvenirs were a huge kids collectable! 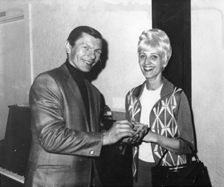 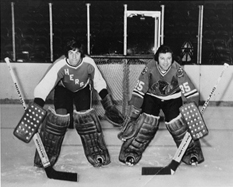 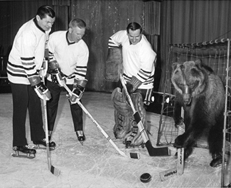 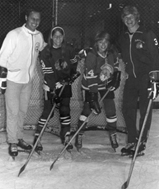 Ron’s many Hockey relationships were formed in the early 1970’s. Pictured above Keith Magnuson, Phil Esposito, Tony Esposito, Bobby Hull and Stan Makita to name a few of the hockey legends Ron would associate and do business with. 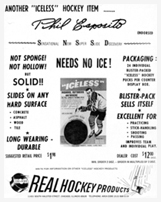 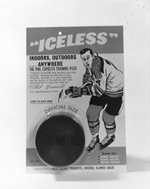 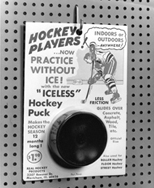 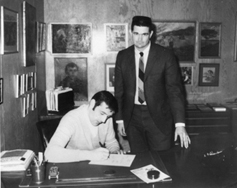 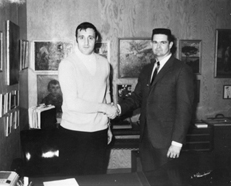 Late in the 1960’s Ron invented and marketed the first Iceless Hockey Puck. His relationship with Phil Esposito lead to an endorsement of the Iceless puck from Phil himself. Pictured above is the day that Phil and Ron inked the deal as a spokesperson for the Iceless hockey puck! 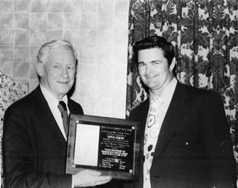 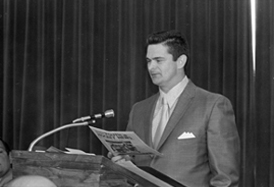 In the early 1970’s Ron started a publishing company and his next big claim to fame was the writing and publishing of the first official Rule book for Amateur Ice Hockey which led him to be inducted into the Hockey Hall of Fame.

The Advent of Stick Bandits. Stamped on Stan Mikita’s hockey stick is his last name used from a rubber stamp that Ron Real made for Stan.

Today, all our products are made of a super sticky high quality vinyl. Made to last the grind of many hockey seasons to come.

In the mid 1970’s, while in the publishing business, Ron started to manufacture personalized hockey stick name stamps along with an ink pad which allowed players to stamp their name on wooden hockey sticks. This fade caught on quick throughout the NHL in the mid 1970’s. Pictured above you can see Stan Mikita’s 500 goal photo and stamped on that stick is MIKITA with one of Ron’s Rubber stamps! This is where the idea for Stick Stickers started!

In 2006 Ron was diagnosed with Brain cancer when he was 68 years old and Passed away in 2008 at the age of 70. One of his last wishes to his son and grandson was to do something to remember him by. This is the Day Stick Bandits was born!

Today Stick Bandits has been in Business for over 9 years. We are carrying on the tradition and using Ron’s old company name… Real Hockey Products! We are selling stickers for one piece hockey sticks along with other hockey gear stickers. We are proud of our products, where they have evolved from. We stand behind our stickers 100% and strive for the best customer service possible. That is how we were taught by our Dad and Grandfather!

Sign up to receive a 30% off promo code on your first order. You may unsubscribe at any time.